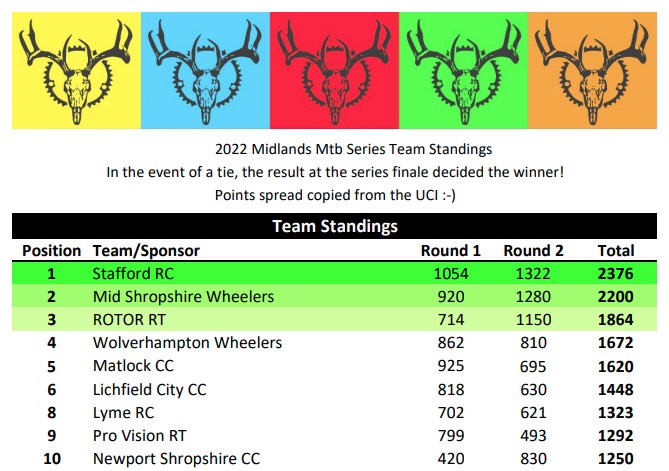 What a brilliant season for the youth section of SRC at the West Midlands MTB XC Series. Unfortunately it was only 2 races, but what races they were, with some quite technical and gruelling courses provided.

Out of 105 team that attended the event, SRC came first, even though it was only attended by the junior section of the club. What a massive achievement by all the riders that raced.

Of the 20 riders that attended the series, 11 were new to racing, but you would never have known as they threw everything in it.

Over the two races, the riders had 3 first places, 2 second places and 4 3rd places, which is a fantastic achievement, especially with so many first timers. As said in the last write-up for the second round, someone did question if the podium was correct in one of the categories as the was no SRC rider on it.

The club and coaches would like to say a massive thank you to the riders who attended and gave it there all. There were a few spills on the way, but everyone finished their races and made us proud and behaved impeccably.

The final shout out goes to the parents for bringing their riders to session after session on a Saturday morning and/or a Wednesday evening and giving up a weekend lie-in, especially on a race weekend.

Want to join the discussion?
Feel free to contribute!