Another great days racing at Eastridge Woods for the 2nd Round of the Midlands XC, hosted by Mid Shropshire Wheeler.

It was a glorious day and plenty of sunscreen, cold drinks and ice cream needed to keep the skin safe and the riders cool(ish).

We had more new racers for this race, with debuts for Rufus, Martha, Seb, Charlie and Harry. Returning to race were Rosie, Persie, Calum, Sophie, Joe, Ben and Harry. The circuit again had quite a lot of climbing involved and very little flat to “take a breather” and had a section in a field with the grass being cut, but not that short, which along with a slight climb, made for tough going.

The days racing started of for us with the Juvenile Male category, where Ben had a cracking race coming in 3rd place and Joe placed in 17th.

The racing then had a little break, before the Under 8’s raced on a shortened course. We had 3 racers in this session, with Calum again taking 1st for the boys, along with Charlie taking 3rd and Rufus 4th. For the girls, Rosie took 2nd and Persie took 4th, which is a repeat result of the first race.

For this race, we had three racers in the U10’s, who were all new to racing. Martha took 3rd for the girls, but unfortunately missed the podium. Luckily they hadn’t left the car park, so a climb back to the start finish area and a quick photo on the podium and a little bit of doctoring, means we have a photo of her on there. For the boys, we had Seb who came 7th and Harry who came in 9th.

The final race for us was for U12’s on a slightly, where Sophie took 1st place for the girls with a great race and for the boys, Harry placing in 8th place. Charles was supposed to have raced and had turned up, but took ill before the race and had to pull out (24 hours later and he was better again).

It was quite funny when one of the other parents questioned if one of the podiums was correct as there was no SRC rider on there!!

Thanks also goes to Mazie, Ben and Joe for taking around the U8’s, U10’s U12’s on their practice laps and showing them all the features and giving advice on lines and techniques.

A big thanks and a massive well done to all the riders who represented the club in such a great manner.

And finally, a massive thank you again to all the parents who sacrificed their Sunday morning, arrived early and stayed late to watch all of the riders and cheer them on, which is what makes this club so great. Thank you also for bringing your racer to the coaching sessions on a Saturday morning and a Wednesday evening, to get them ready for races like this, which gives us massive pleasure in seeing them put into practise what we teach them week in, week out and should give them massive pleasure in doing the best that they can and giving it their all, which is all we can ask for and hopefully coming away with a medal (or tile) in the end.

The coaches at SRC Go-Ride

Rosie claiming 2nd place in the Under 8’s Girls 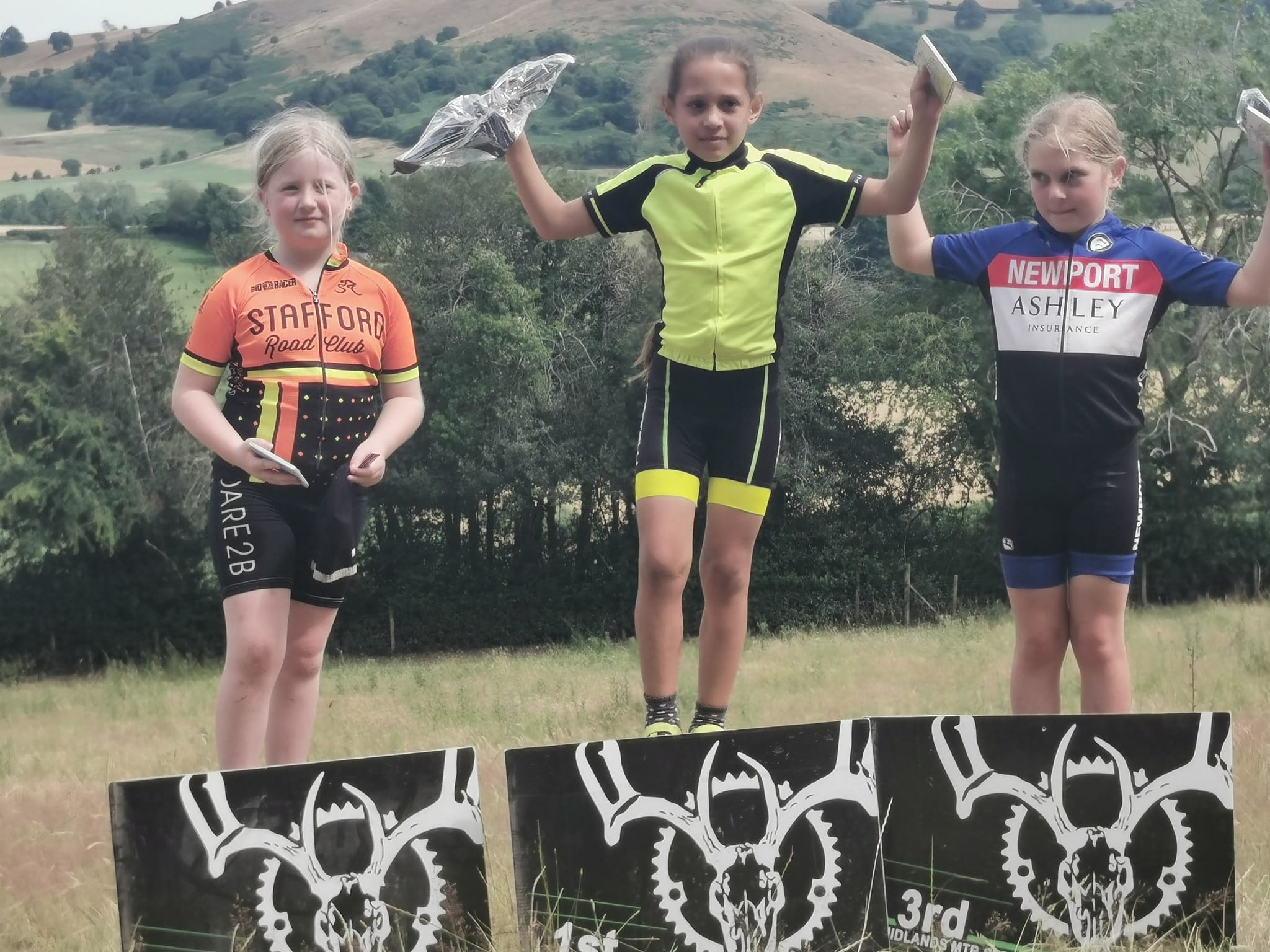 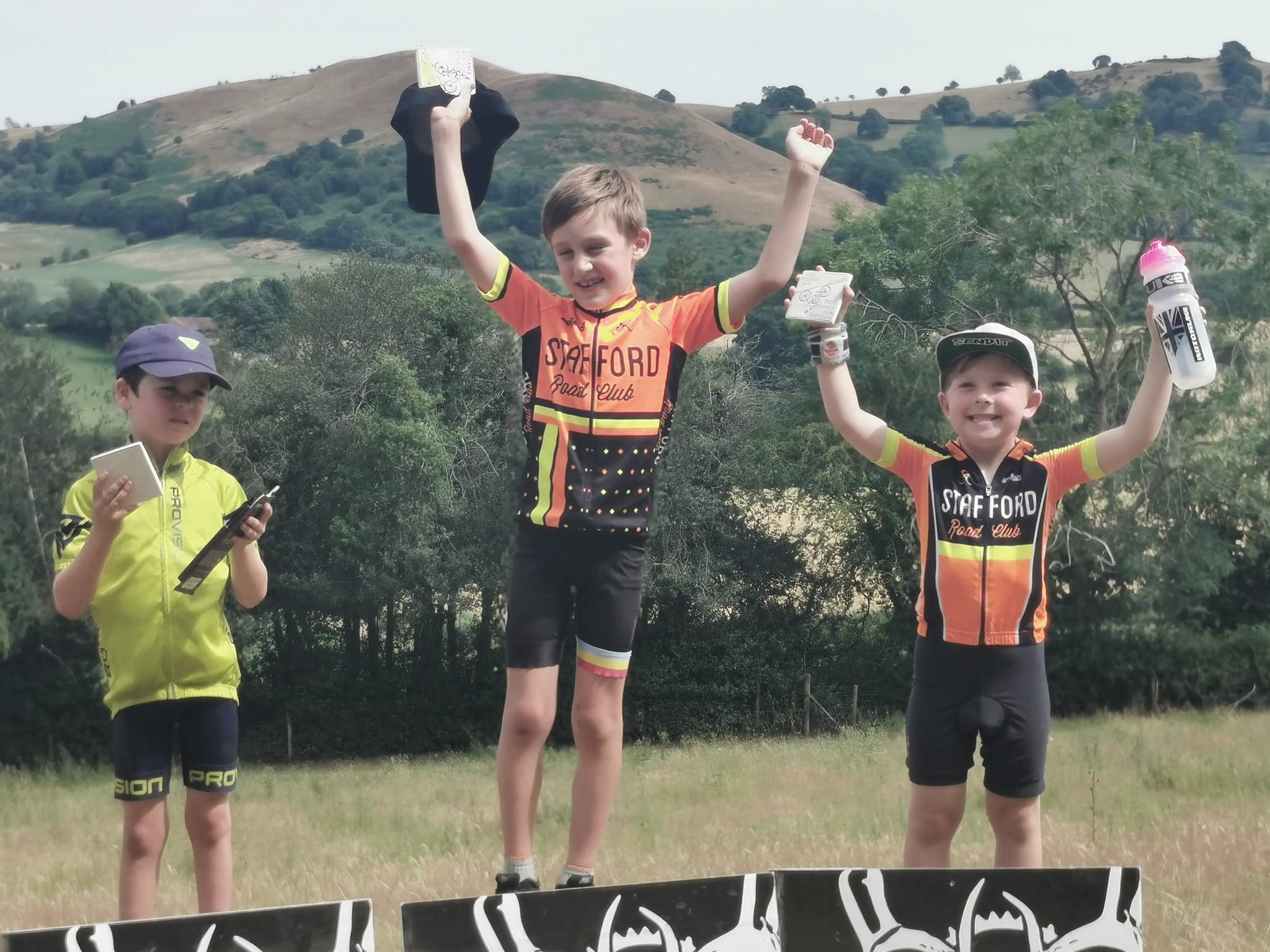 Martha claiming 3rd place in the Under 10’s Girls, in her first ever race 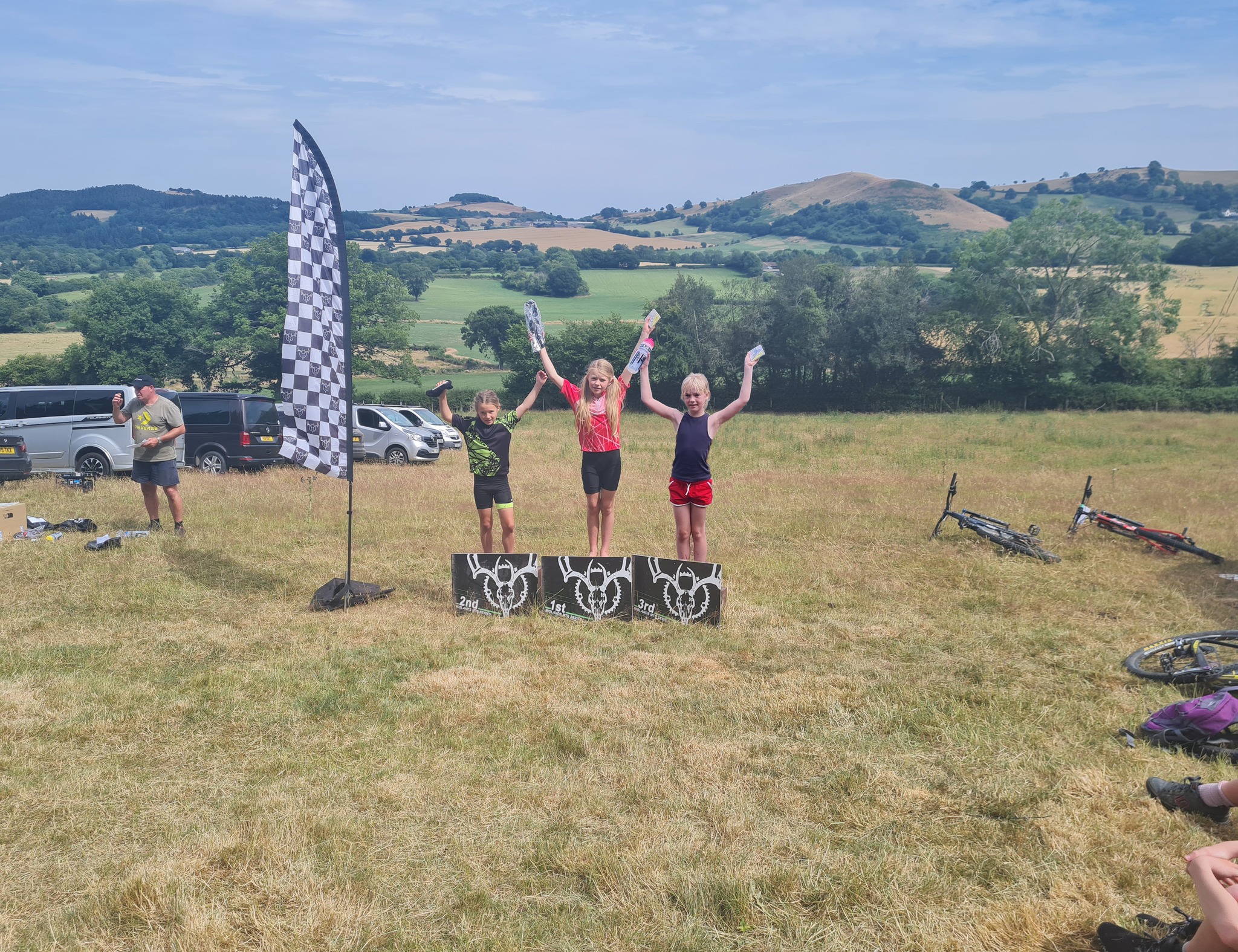 Sophie claiming 1st place in the Under 12’s Girls 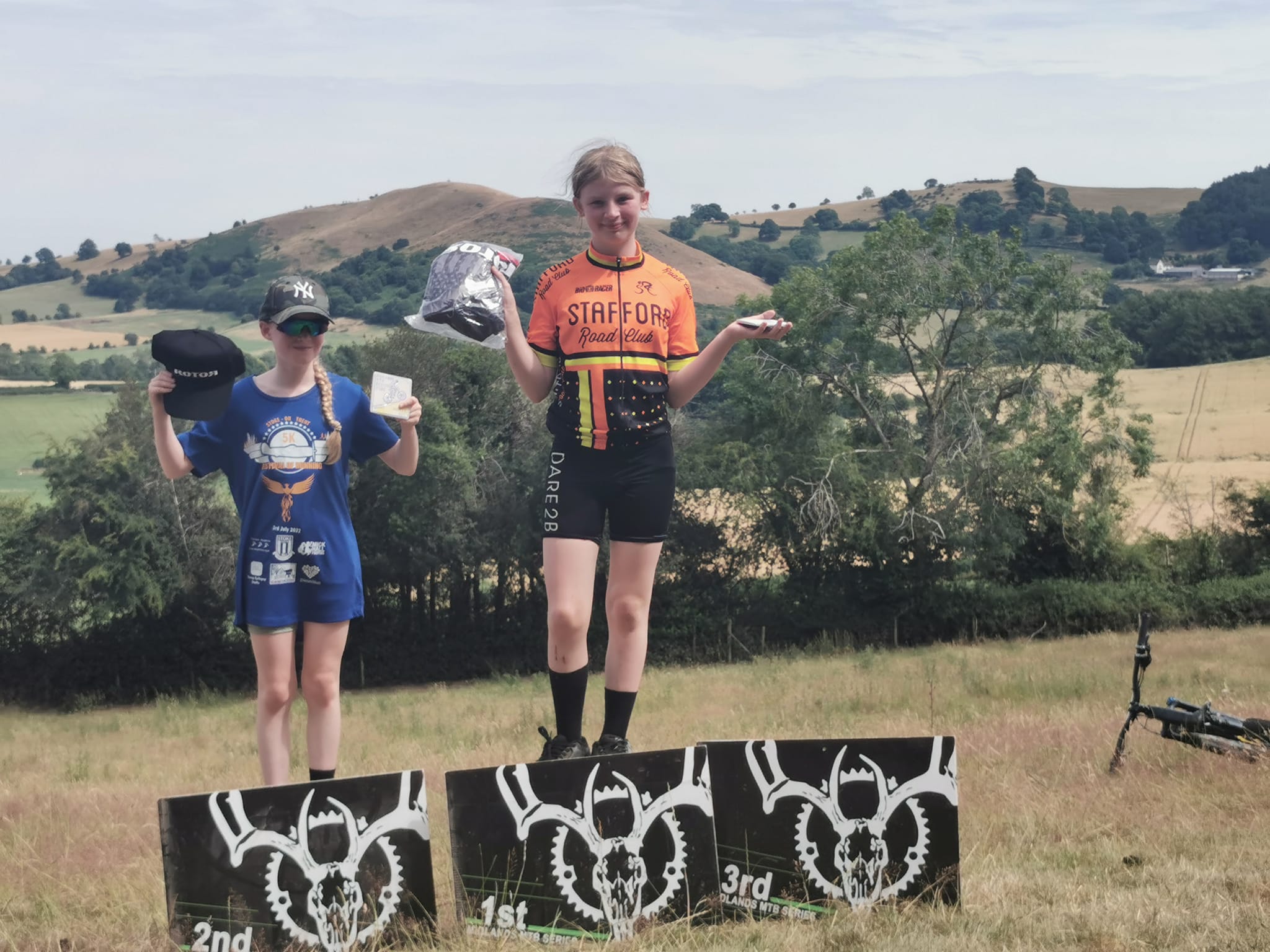 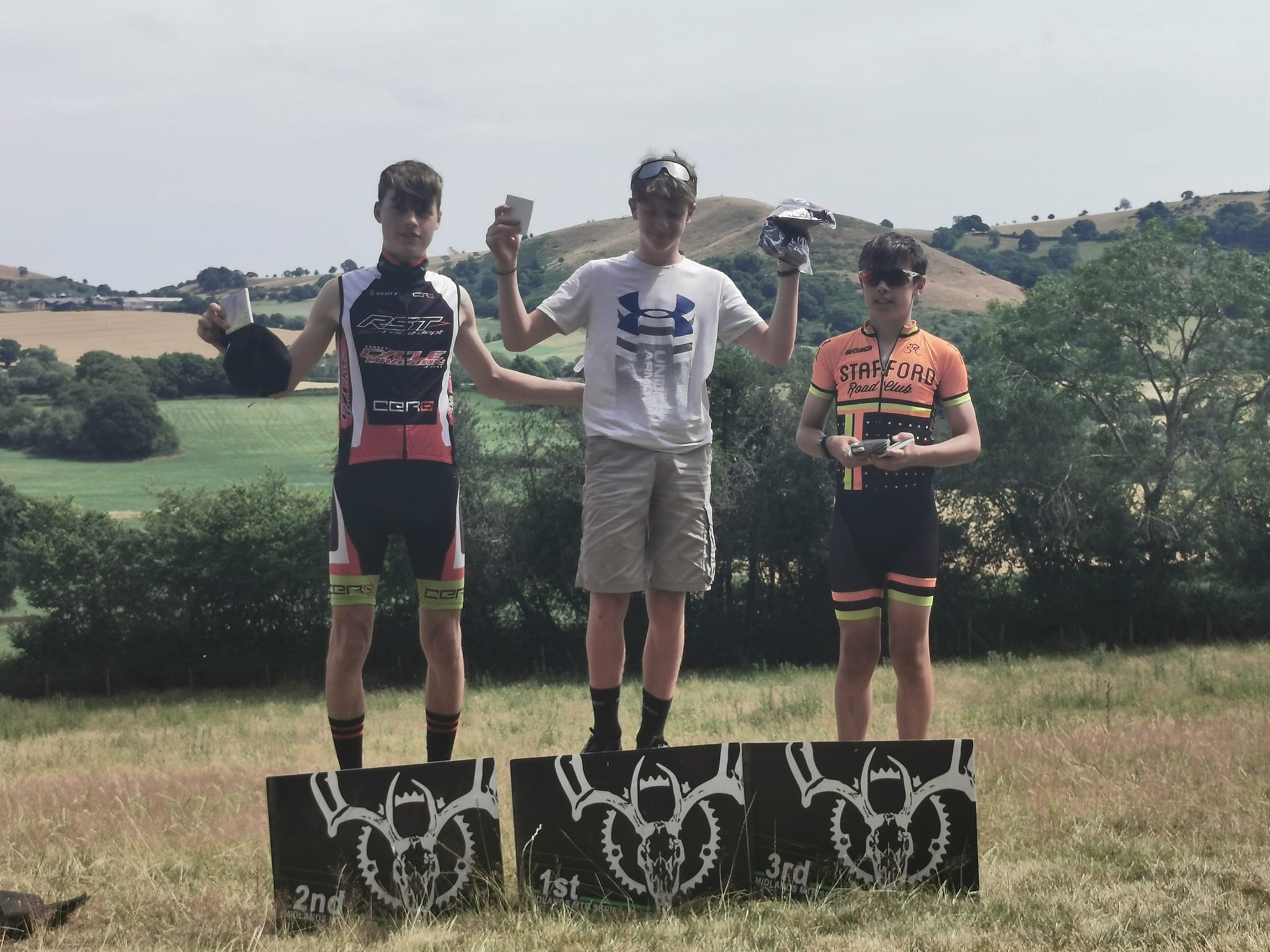 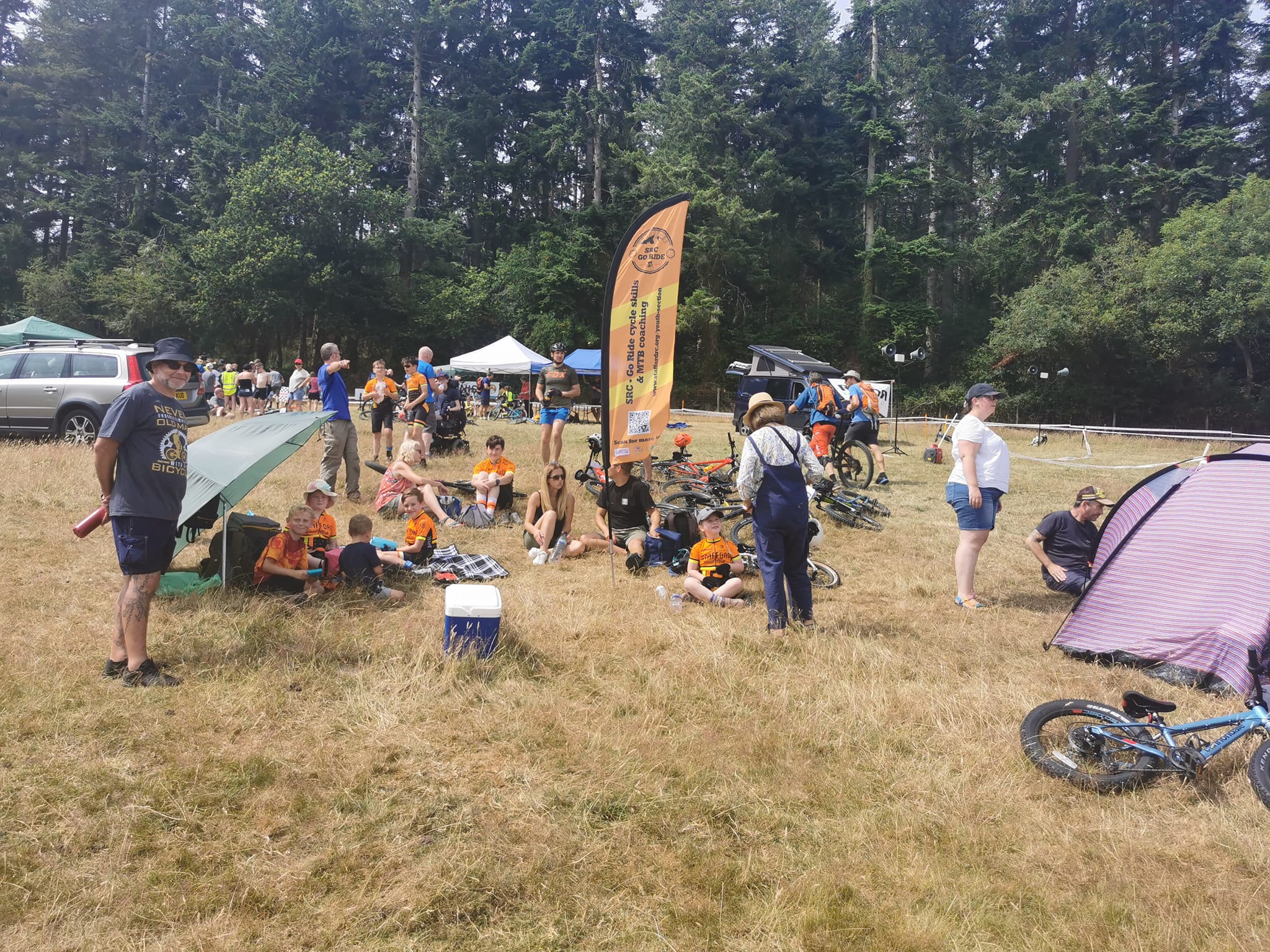